Believe what you will about him, nobody else has created more controversy, changed more lives, shaped more of culture, or shifted more of history than Jesus. No one has taught more provocatively about life’s meaning, nor walked the talk more authentically. Surely such a defining figure deserves a closer look – by skeptics, cynics and believers alike. You might discover – as millions have – that Jesus is not only as real as the Bible says he is, but that he loves you as much as the Bible says he does. That is the good news of Jesus.

WAS JESUS A REAL PERSON?

For nearly two thousand years most of our world has considered Jesus a real man who had exceptional character, leadership and power over nature. How can we distinguish a mythical character from a real person? For example, what evidence convinces historians that Alexander the Great was a real person? And does such evidence exist for Jesus?

Both Alexander and Jesus were depicted as charismatic leaders. Both reportedly had brief careers, dying in their early thirties. Jesus is said to have been a man of peace who conquered by love; Alexander a man of war who ruled by the sword.

In 336 B.C. Alexander the Great became king of Macedonia. A military genius, this handsome, arrogant leader swept through villages, towns, and kingdoms of Greco-Persia until he ruled it all. It is said that he cried when there were no more worlds to conquer.

The history of Alexander is drawn from five ancient sources written 300 or more years after he died. Not one eyewitness account of Alexander exists. However, historians believe Alexander really existed, largely because the accounts of his life are confirmed by archaeology and his impact on history.

Likewise, to determine if Jesus was a real person, we need to seek evidence for his existence in the following areas:

CAN WE TRUST THE BIBLES CLAIMS ABOUT CHRIST?

Thousands of highly educated people have become convinced of the claims about Christ once they open-mindedly explored the facts for themselves. One such person is Lee Strobel.

Strobel was a highly successful investigative journalist for the Chicago Tribunal. He was trained to approach any claim in a highly rational way, always surveying carefully the evidence before coming to a conclusion on any matter.

When his wife became a Christian and he observed the positive impact it made on her life, he was persuaded by her to at least explore the facts about Christ for himself. After years of exploration, he became convinced that the facts of Christ held up under the most penetrating scrutiny.

He wrote a book, The Case for Christ, which retracted and expanded upon his several-year journey from atheism to Christianity. In it he interviewed thirteen leading experts on the historical evidence for Jesus Christ. This is his own summary of that book.

DID JESUS CLAIM TO BE GOD?

Did Jesus really claim to be God, or is that belief a misunderstanding of his words? Some words Jesus spoke reflect his humility as a servant and his limitations as a man. However, on other occasions Jesus made claims that only God could make.

Jesus didn’t parade around the hills of Judea shouting, “Hey everybody, look at me – I’m God!” On the other hand, neither did he go around proclaiming, “I am a teacher,” I am a prophet,” or, “I am the Messiah.” Yet his followers called him by each of those names. They also called him, “Lord.”

After the apostles died, several first and second century church leaders wrote of Jesus’ deity. In fact, early church historian Larry Hurtado states, that from the very beginning of the church Jesus was worshipped as Lord along with God the Father. 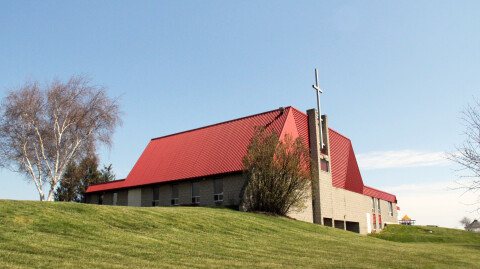